On the program today we tackle the big question of repatriation and the decades-long debates involving some famous antiquities returned to Italy from the Metropolitan Museum of Art: the Euphronios Krater (pictured) and the Morgantina Silver.

More to see, read, and hear:

The Met. “Statement by the Metropolitan Museum of Art on its Agreement with Italian Ministry of Culture.” Press, February 21, 2006. https://www.metmuseum.org/press/news/2006/statement-by-the-metropolitan-museum-of-art-on-its-agreement-with-italian-ministry-of-culture.

Special thanks to Emily Stegner for her work on these citations.

Episode 6 is live! You can also check Episodes 1-5 if you haven't already! They aren't serial, so you can listen in whatever order you like.

Give Looted a rating or a review on iTunes! 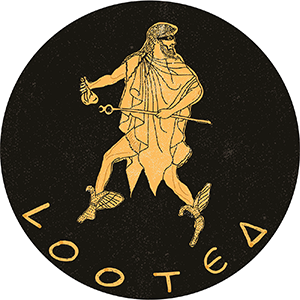 Check out Looted’s theme song, by Noah Weinman. And listen to his band, Runnner, on Spotify.